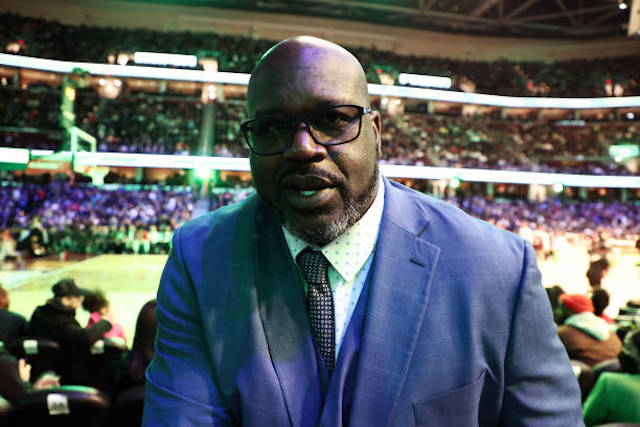 The main storyline of the offseason — Brooklyn Nets star Kevin Durant’s trade request — has kept the NBA in suspense for over a month with no resolution on the horizon. A week before free agency began, Kyrie Irving seemed to be the Nets star most likely to leave Brooklyn. But a few days later, Durant shocked the NBA with the news about his trade request breaking at the end of June. The saga doesn’t seem closer to an end than it did when teams started signing free agents. But as everyone awaits an update on Durant’s future, Los Angeles Lakers legend Shaquille O’Neal said on Peacock’s Rich Eisen Show the 33-year-old should prove his leadership, stay put, and “make it work” in Brooklyn: “When you put a house together, you should live in it. You was the one who hired the architect. You was the one who got the other architect from Philadelphia. So, you as the leader should make it work. But you don’t want to make it work, I guess you should go buy another house. So, I know he’s gonna probably try to get to a contender. It’s easier that way.” O’Neal added the Boston Celtics would be better off keeping the nucleus of the team that battled it out for the NBA championship with the Golden State Warriors in May rather than trade their young stars for Durant. Not long ago, reports came out about Boston’s reported offer for the two-time NBA champion that included Jaylen Brown and Derrick White. The Nets are believed to have rejected the trade and asked for Marcus Smart to be part of the deal in addition to Brown. “I don’t know what everybody else was watching but Jaylen was hanging pretty tough with Durant.” When asked directly if the Celtics should keep pursuing Durant, O’Neal said emphatically: “Hell no.” Durant set for talks with Nets that could determine Kyrie Irving’s future Durant was expected to meet with the Nets leadership this week to discuss his future. The reports suggest the Lakers could finally learn whether or not they will be able to acquire Irving this summer — Irving’s availability is understood to be directly tied to Durant’s potential exit. The same reports claimed Irving was more likely to be traded than Durant at this point. Have you subscribed to our YouTube channel? It’s the best way to watch player interviews, exclusive coverage from events, participate in live shows, and more!

3 most underrated players currently on the Los Angeles Lakers roster