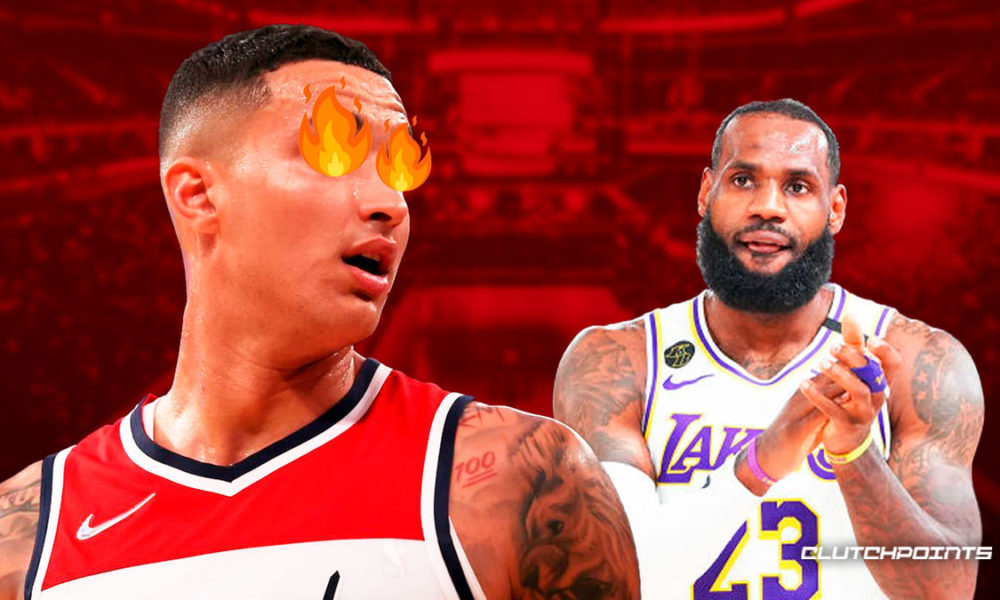 Kyle Kuzma gets 100% real on Lakers, LeBron James’ true impact on him

During the Los Angeles Lakers’ championship run in 2019-20, Kyle Kuzma went from an 18-point scorer to a guy averaging just 12 points per game. Of course it got him several criticisms, with many asking why his play regressed while playing with LeBron James. Kuzma, however, couldn’t care less about what others say about his play. For him, it was a much-needed learning experience to be able to realize that there is more than basketball to just winning. Simply put, playing with LeBron has allowed Kuzma to have that winning mentality. “You’re on that team and you see that man being a professional, you’re going to fall in line. Because it’s a certain standard and you don’t want to let someone down who cares so much about winning. You want to be a part of that too,” Kuzma explained during his appearance on the Draymond Green Show. Kyle Kuzma added that being in that Lakers’ situation where he had to make a sacrifice and playing with LeBron James is the “best thing” that happened to him, even with the Purple and Gold ending up trading him to the Washington Wizards. The 27-year-old Kuzma has returned to being a bucker-getter after his move to the Wizards, averaging 17.1 points on 45.2 percent shooting in his first season with the team. Clearly, though, everything he has learned from LeBron James and the Lakers continue to help him as he tries to turn Washington into a winning team as well. The post Kyle Kuzma gets 100% real on Lakers, LeBron James’ true impact on him appeared first on ClutchPoints.