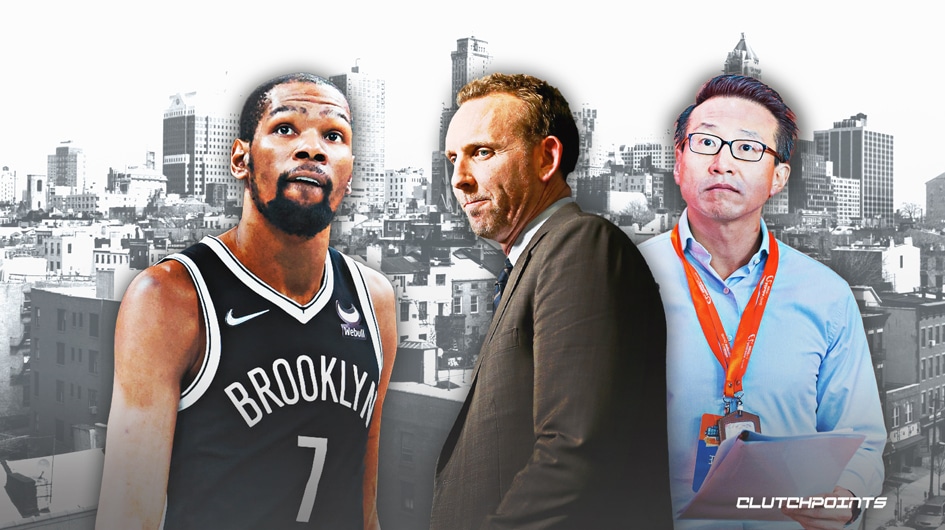 Kevin Durant is no closer to playing elsewhere more than a month after requesting his exit from the Brooklyn Nets. Finding a workable trade for arguably the best player in the world, believe it or not, has proven impossible for Sean Marks and company so far. One of the main reasons why? The hesitance of prospective third or fourth teams—likely act as salary-filling conduits in a blockbuster trade—to facilitate his desired departure. “A couple people familiar with the Nets’ dynamic in search of potential trades for Kevin Durant said there was some pessimism, a lot of pessimism, about the idea of a deal getting done in the near future here,” Ian Begley of SNY reported on Thursday. “Part of that pessimism was about the idea that finding a third team or a fourth team that would help facilitate a trade that the Nets deem suitable of Durant was difficult.” There are countless hurdles Brooklyn needs to clear in both its best interest and to fulfill league rules before moving Durant. The Nets are reportedly seeking a handful of first-round picks plus at least one quality young player in any potential trade. They also need to come within shouting distance of Durant’s $42.9 million salary with incoming aggregate money, and can’t acquire another player signed to a designated rookie extension without trading Ben Simmons. All NBA trades are complicated. This one, with the league’s balance of power truly at play and multiple parties proudly prioritizing their own best interest, was always going to be extra cumbersome. Why would the franchise not acquiring Durant in a theoretical three-team trade want to help create another surefire title contender anyway, especially without being richly compensated? “They said there was not a lot of interest around the league, as of last month, about teams acting as that third or fourth team, as a conduit to get something done here with the Nets and Durant,” Begley reported “Again, very fluid situation. But as we approach less than two months to camp, it’s worth noting that there was pessimism about something getting done in the near future.” Official preparations for the 2022-23 season begin in six or seven weeks. Unless something changes, don’t expect Kevin Durant to be playing anywhere else as Brooklyn tips off training camp. [Ian Begley, SNY] The post RUMOR: 1 reason Kevin Durant trade talks are going nowhere appeared first on ClutchPoints.