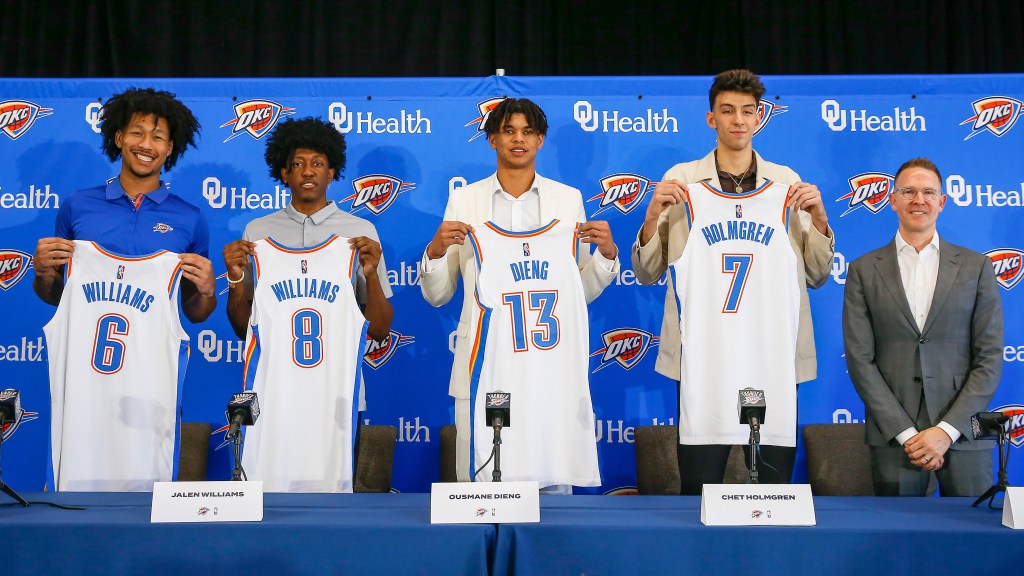 The Oklahoma City Thunder had a relatively normal offseason for a rebuilding team. The only outside additions to the roster are the four rookies from the 2022 NBA draft including the No. 2 pick in Chet Holmgren. The other three draft picks were Ousmane Dieng, Jalen Williams and Jaylin Williams. The Thunder gave out extensions to Lu Dort and Kenrich Williams and  brought back Mike Muscala. Overall, the Thunder didn’t do anything spectacular but had a solid summer of moves made that prioritizes adding young talent and extending two solid role players for the long term on trade-friendly contracts. Let’s take a look at what national media pundits are saying about the offseason for the Thunder and what grades they’ve received for their summer. (Full credit to The Rockets Wire for collecting the articles. For the Houston Rockets version of this, click here.)