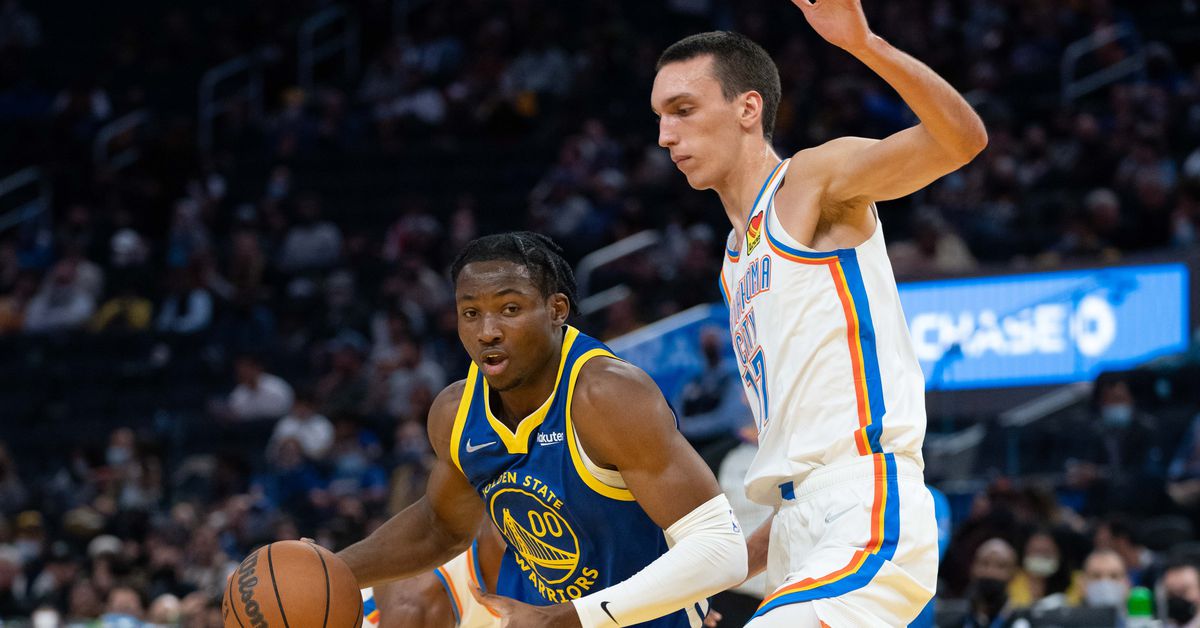 Kyle Terada-USA TODAY Sports Rookie Jonathan Kuminga should see ample playing time tonight for the Santa Cruz Warriors. The Golden State Warriors reassigned rookie Jonathan Kuminga to the Santa Cruz Warriors, their G-League affiliate, on Saturday. Santa Cruz will finish the second half of a back-to-back against the Stockton Kings tonight, where Kuminga will presumably start and play 35+ minutes. Kuminga, who the Warriors selected with the seventh overall pick in this year’s draft, suffered a strained right patella tendon this preseason and missed the first week of regular-season action. However, now that he’s back on the floor, Golden State is bouncing him between the NBA and G-League to maximize his opportunities to play. The Warriors sent Kuminga and his fellow rookie lottery pick Moses Moody to the G-League earlier this year for a Santa Cruz preseason game, but Kuminga has been back in Golden State recently. Kuminga has appeared in three NBA games this season, recording five points, three rebounds, one assist, and three turnovers in 15 minutes. While Kuminga is still in his rookie season, the teenage wing will be playing in his second G-League season since he foregoed college to play in the 2020-2021 G-League season. Last year, Kuminga averaged 15.8 points. 7.2 rebounds, and 1.0 steals per game on .387/.246/.625 shooting in the G-League. He will look to improve on those numbers this year.

Golden State Warriors need to clean it up in WCF